All-Out 20-Minute Metcon, the first workout program from Men’s Health Next Top Trainer champ Jah Washington, is designed to help you burn calories, build muscle, and improve your endurance anytime, anywhere, in just 20 minutes a day, with absolutely no equipment. It’s available on the All Out Studio app.

Jah Washington, the 2020 Men’s Health Next Top Trainer winner, has transformed plenty of client lives over his career as a fitness coach. But his training journey started with the ultimate transformation story: Himself.

He didn’t need a gym full of weights or fancy equipment to do it, either. The backbone of his transformation was simple bodyweight exercises and circuits—just like the moves you’ll find in his new All Out Studio program, 20-Minute Metcon, your anytime, anywhere solution for a muscle-building, fat-blasting sweat this summer.

For Washington, it all started when his mother, ever his biggest fan and supporter, told him he wasn’t quite himself anymore. A former Harlem high school basketball standout and four-year starting point guard for Connecticut College, he’d done what plenty of guys do when his senior season ended: He took some time off to “just be a normal college student.” The result of all that eating and drinking with no exercise? “I gained 40 pounds in four months,” Washington says, and it only got worse when he took a job as a fin-tech analyst.

“’This isn’t the person I know,’ my mom told me,” says Washington. “It was the initial push I needed.”

Washington started playing hoops again, and working out on his lunch break with just light dumbbells and bodyweight exercises. Soon he was back down to 180 pounds, and his friends started to notice the transformation and ask him for help with losing weight themselves. Washington arranged workout sessions in the evenings after work in Central Park, or in small sessions in the emptied-out living room in his apartment. He helped one friend lose 90 pounds in a year. Another lost 60, and another 45.

His methods were so effective, in fact, that Washington eventually realized he could make a living helping others get fit, and in 2016, he left his fin-tech job. First, he partnered with his old high school hoops rival and pal Thomas Boatswain. Then, the pair partnered with a physical therapy clinic in Harlem that had a small training space where they would offer HIIT classes. Business boomed, and in 2019, they opened their own boutique gym, JTW Fit, aimed at offering affordable fitness for all, just two blocks from where Washington grew up in Harlem.

Washington’s recipe for those transformations (and his own) is what drives All-Out 20-Minute Metcon, a routine you can do anytime, anywhere. The program consists of five 20-minute bodyweight sessions that blast fat and build muscle, and each session is filled with moves that force you to your limits. Washington uses a variety of principles to push your body toward change.

Not all reps are created equal. Want to make a simple pushup burn more without adding weight? Slow it down. You’ll do that in Washington’s workouts; at various times, he may ask you to hold a squat, or take three to four seconds to lower into squat position. “That way, it stays fresh,” Washington says, “and you figure out different ways to train yourself.”

Most exercises, from pushups to squats, have you moving your muscles in the same direction that you walk. “Life just doesn’t work that way,” says Washington. Your body can also move laterally (think of how defenders move on the basketball court), and it can rotate and twist. Washington incorporates these ideas into his workout, with plenty of lateral lunges and jump variations.

“Intensity” is sometimes the missing component in your workout, but Washington keeps that high with carefully programmed intervals. One technique he uses frequently: A 20-seconds-on, 10-off tempo that forces you to push hard with limited rest.

The best part about all of this: the program takes less than half an hour of your day. “It’s all about intention and intensity,” says Washington. “Twenty minutes of bodyweight exercise can be brutal and effective.”

Stepping Into the Limelight

While JTW Fit is an essential arm in Washington’s mission to deliver health and fitness to his community, others recognized his talent and potential for larger platforms.

A friend who was a fan of Washington’s HIIT classes alerted him to the Men’s Health Next Top Trainer competition. Washington, who at age 36 has added a considerable amount of lean muscle and now weighs in at a shredded 215 pounds—yes, maintained with a lot of bodyweight training—signed up and was chosen to compete.

Washington won the Next Top Trainer Week 1 Viral Fitness Challenge, in which contestants had to post a 15-second video to social media that highlighted a creative burpee variation. Judges liked the effectiveness and accessibility of Washington’s move. “After winning Week 1, I got a good sense of what they were looking for in terms of creativity, expertise, and audience engagement, and that let me hone in on skills I already had from teaching virtually during the pandemic,” Washington says. “I was nervous, but I felt comfortable and confident knowing I put my all into it.” Washington won six of the eight weekly challenges running away with his Next Top Trainer title.

And his gym is thriving. Pre-pandemic, JTW Fit had 300 members, and it’s continuing to grow. Says Washington: “We’re going to continue to build on that so we can promote affordable, inclusive fitness in our community.” You can join his digital crew too, with the new 20-Minute Metcon program. The same principles apply—you just have to show up ready to work.

This content is created and maintained by a third party, and imported onto this page to help users provide their email addresses. You may be able to find more information about this and similar content at piano.io Do you really need to take a vitamin? 5 things to know before you buy 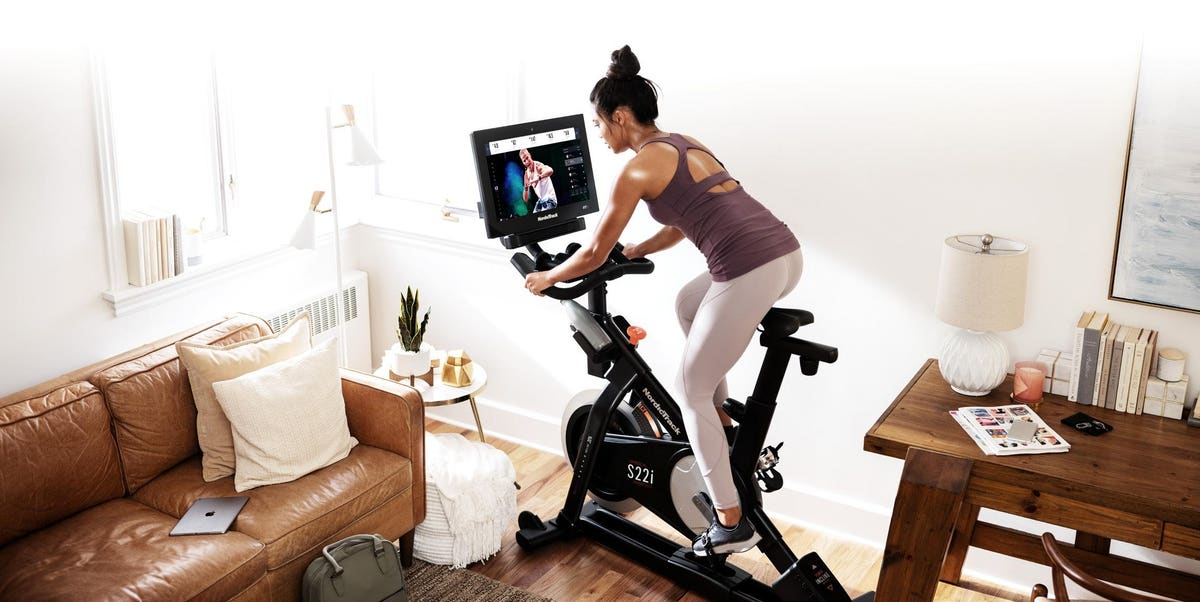