Skip to content
No kid enjoys going to the dentist, but that seems to be changing thanks to...

No kid enjoys going to the dentist, but that seems to be changing thanks to one DFW orthodontist. In an attempt to raise awareness for his industry and his business, Dr. Ben Winters decided to hop on the social media trend a few years ago. Now, he has 8 million TikTok followers, and has patients that drive up to five hours just to come see him.

Dr. Ben Winters has had patients drive up to five hours to see him, thanks to his social media popularity. https://t.co/bVyHeHN6QI

Dr. Ben Winters of Wincrest Orthodontics in Plano posted his first video to TikTok back in 2019. The next his video went viral, giving him an idea that took him on a very unconventional path for most orthodontists. “We came back the next day and it had a million likes, and we had 100,000 followers in one day,” said Dr. Winters.

Now, the man that calls himself “Dr. Bentist,” shares videos daily, making jokes about poor oral hygiene and giving tips on how to take better care of teeth, according to WFAA. “[I get] millions of views a day on my videos just talking about braces, which is pretty crazy,” said Dr. Winters. As long as it gets children in the dentist chair, parents don’t mind the doctor keeping up with his viral fame. 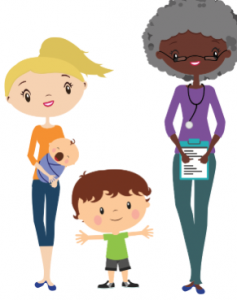