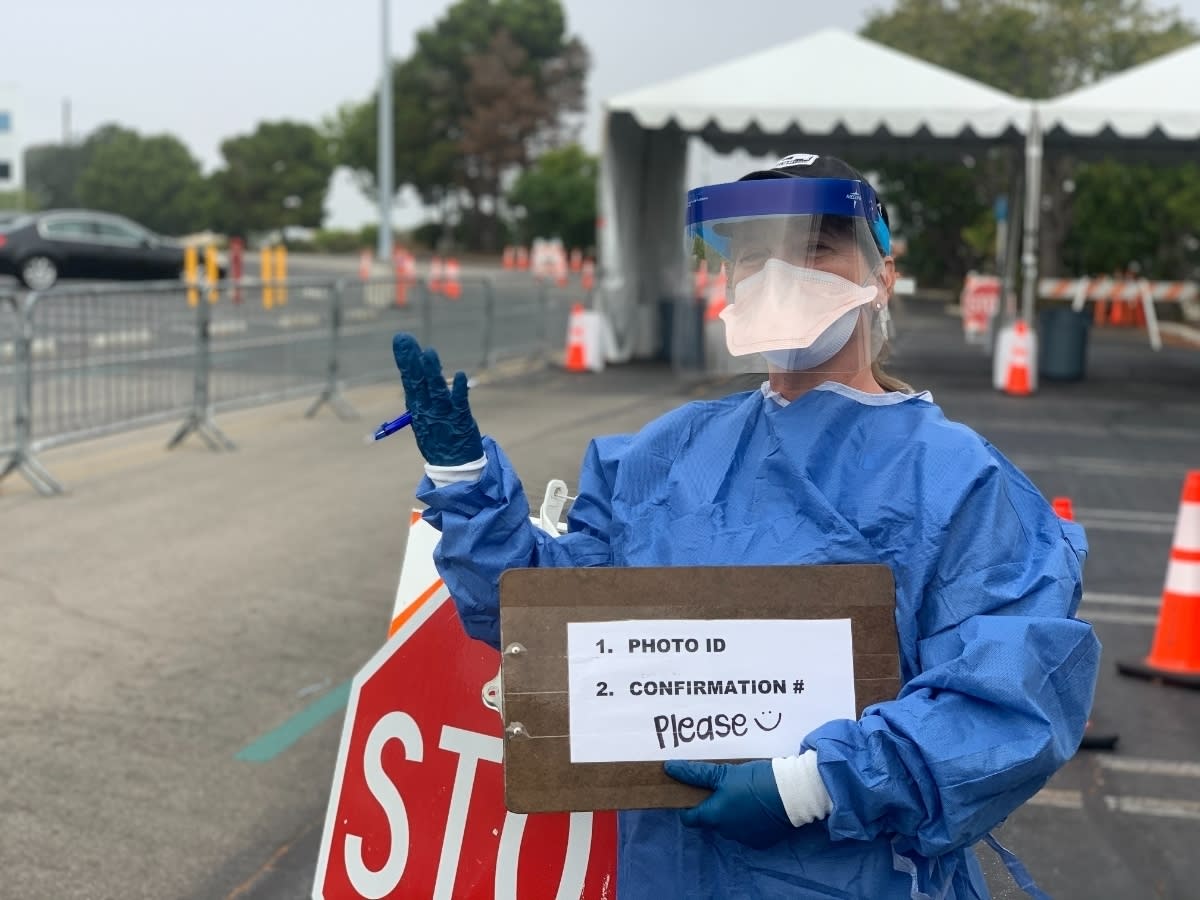 A Redondo Beach coronavirus testing site was set up in April at the South Bay Galleria, before relocating to BCHD in early June when the Galleria re-opened for shoppers, BCHD announced.

A team comprised of Los Angeles County Fire and Lifeguard personnel, Redondo Beach Police, Providence Little Company of Mary nurses and BCHD staff worked together to provide testing for more than 17,000 L.A. County residents at the Galleria location from April 3 to June 5, a total of 64 days.

As of Wednesday, more than 4 million people across LA County have been tested for coronavirus, with Wednesday the deadliest single day since the pandemic began, county health officials announced.

BCHD took over operations when the site moved to the Prospect Avenue campus on June 8.

Employees from BCHD’s AdventurePlex and Center for Health & Fitness, facilities that are temporarily closed due to the pandemic, make up the bulk of the test site team with assistance from BCHD administrative staff and volunteers.

“From the outset of this pandemic, one of our primary goals has been to ensure that COVID-19 testing was easily accessible to Beach Cities residents, and we thank L.A. County, the City of Redondo Beach and Providence Little Company of Mary for being great partners in achieving that goal,” BCHD CEO Tom Bakaly said in a news release. “We recognize the importance of COVID-19 tests and I am very proud of the way our employees and volunteers have stepped up during this time to serve our community.”

The recent surge in COVID-19 cases has made the BCHD test site busier than ever, averaging more than 700 tests per day this week. For comparison, the site did not have a 600-test day until mid-November and surpassed 700 tests in a day for the first time on December 8, officials said.

The tests used at the BCHD site are nasal PCR swabs, which residents self-administer in the comfort of their own vehicle. The samples are sent to Fulgent Laboratories, which provides results within 1-3 days.

People with positive test results are contacted by contact tracers provided by the Health District.

“PCR testing remains one of the foundations of our fight against the pandemic, along with social
distancing, face coverings and lots of handwashing,” William Kim, M.D., Chief Medical Advisor for BCHD said. “Of the tests available to establish if someone has been infected, the PCR platform being used at BCHD is one of the gold standard tests available. It’s important to get a test with high specificity and sensitivity, that is, few false positives and false negatives. This is the platform we are proud to be offering our community.”

This article originally appeared on the Redondo Beach Patch