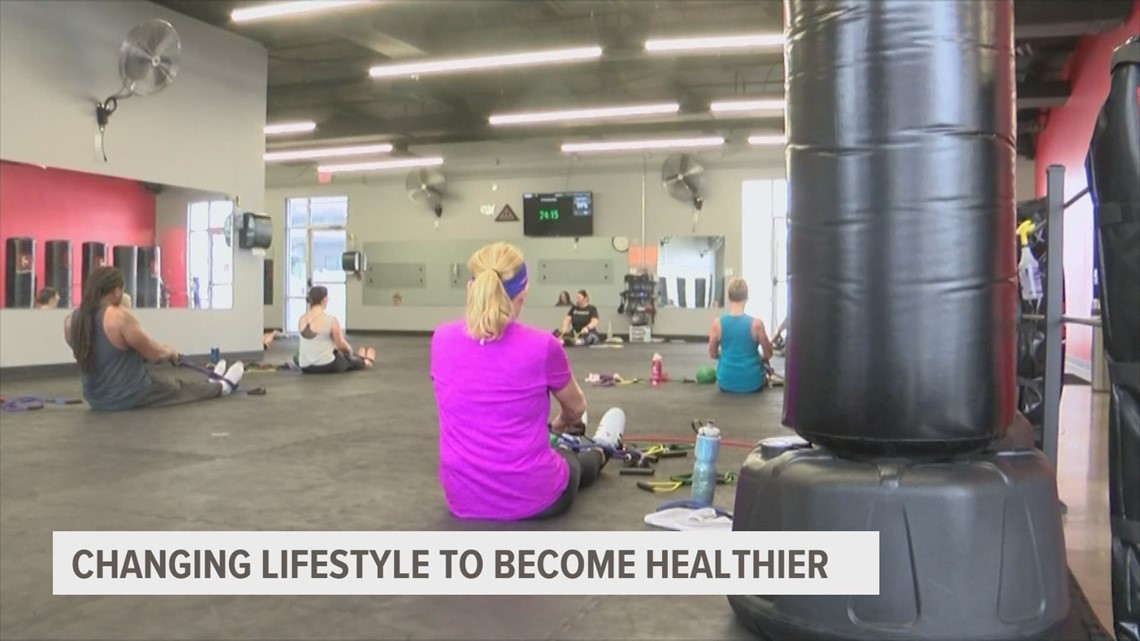 Because of his unhealthy lifestyle, Terrell Harris said he was sometimes unable to complete simple tasks like tying his shoes without getting tired easily.

GRIMES, Iowa — A metro man decided it was time to change his unhealthy lifestyle, and put his health, nutrition and fitness first. By doing so, it led him to win a national fitness challenge and win thousands of dollars.

Terrell Harris said growing up seeing unhealthy habits was something he was used to, but those choices started to have serious consequences for certain family members.

“I’ve seen my grandpa have a heart attack right in my face,” Harris said. “My mom admitted to me she had [a] health problem she had kidney problems, and my grandma just died recently because of kidney problems.”

Because of his unhealthy ways, Harris was sometimes unable to complete simple tasks without getting tired easily.

“I would walk up a flight of stairs and be sweating,” Harris said. “Even like tying my shoe, I would sit back for a second and catch my breath.”

Those are some of the reason Harris wanted to take his health more seriously, and why a year ago he joined Farrell’s eXtreme Bodyshaping in Grimes and their one-year body transformation program.


He said this was a push to get him off a path he thought he could be headed down.

“I mean I don’t want to die,” Harris said. “Who wants to die early, I have three kids.”

The year-long program taught him about nutrition, accountability and strength training. He said the training was tough, especially during the early months of the pandemic, but everyone at the gym kept him motivated, especially his children.

“I don’t remember what I was eating but I know it wasn’t good, because [my son] said like ‘dad when are you going to win this contest,'” Harris said.

“It woke something up in me.”

During the challenge, he lost 38.5 pounds. It was not the most amount of weight lost for people in the national challenge, but it helped him win the top prize of $10,000.

“I’m super proud of just [Harris] having the discipline to go through this for an entire year, it’s huge,” Scott Carpenter, the gym owner, said. “It’s just a testament that anybody can do it.”

Harris noted one of the most important takeaways from competing in the challenge, was a mindset of “I’m not giving up.”

He has not decided what he plans to do with the money, but he thinks he will probably use it on something dealing with nutrition.

RELATED: How to reach your 2021 fitness goals by working out at home